Data Source: The presented data on this page has been taken from the most recent Ministry of Defence report providing information on medical discharges, titled ‘Annual Medical Discharges in the UK Regular Armed Forces 2010/11 – 2014/15’, Published: 16 July 2015.  The report together with the supplementary data spreadsheet could be accessed here. 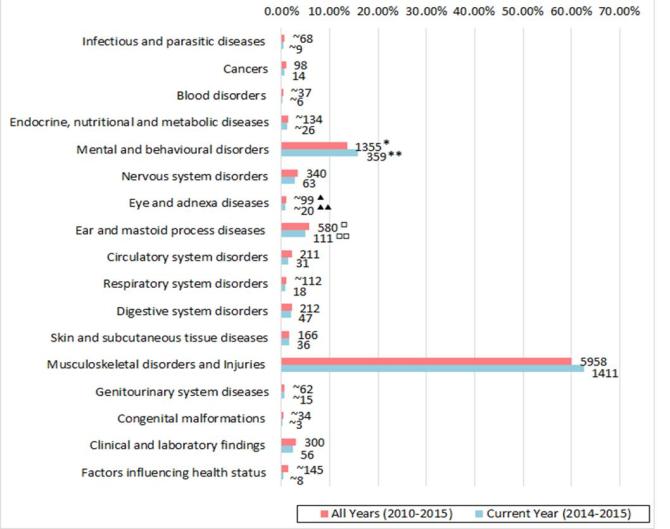 Numbers next to each bar depict the actual number of medical discharges as a function of medical condition.

Data presented as “~” has been suppressed in accordance with Defence Statistics’ rounding policy.

of which 0.39% (~ 39 individuals) were due to blindness and related conditions.

of which 0.27% (~ 6 individuals) were due to blindness and related conditions.